With the announcement of a Taliban government in Afghanistan now just a day away, the terrorist group's ties with India and the future of the relationship between the two countries are under the spotlight.

On Tuesday, the Taliban knocked on the doors of the Indian embassy in Qatar's capital Doha for talks. Taliban leader Sher Bahadur Abbas Stanikzai met Indian Ambassador Deepak Mittal. In a statement issued by the Ministry of External Affairs, it was said that the request for the meeting came from the Taliban.

Apart from the meeting, Abbas Stanikzai also talked about political, economic, commercial and cultural relations with India in a 45-minute video statement.

It was Abbas Stanikzai who had earlier tried to persuade India, through his Kabul and Delhi contacts, not to call back its diplomats from Kabul. It had also tried to assure the security of the Embassy and diplomats of India in Kabul.

While Abbas Stanikzai is spearheading the Taliban's efforts to build cordial relations with India, the question remains whether all of the group is on one page.

According to sources, there may be some differences within the Taliban when it comes to relations with India. The Haqqani faction, in particular, is believed to be thinking differently.

On the face of it, both Abbas Stanikzai and Anas Haqqani, who represents the Haqqani faction, have said that the Taliban wants good relations with India

However, Anas Haqqani has told his contacts in Kabul and Delhi that talks with India will be taken forward only a few weeks after the formation of the Taliban government and its consolidation.

According to sources, Anas Haqqani has also told his contacts that when they sit for talks, they will see what are India's conditions. "And the conditions will not only be of India alone, but we will have conditions too," he is learnt to have said.

Anas Haqqani, however, did not disclose the terms through his contacts. But the issue of Kashmir is not on the agenda of the Taliban, Anas Haqqani has declared in his interviews.

A day later, Taliban spokesperson Suhail Shaheen said in an interview to the BBC that it has "the right to raise our voice for Kashmiri people". This creates doubt on the intentions of Taliban. 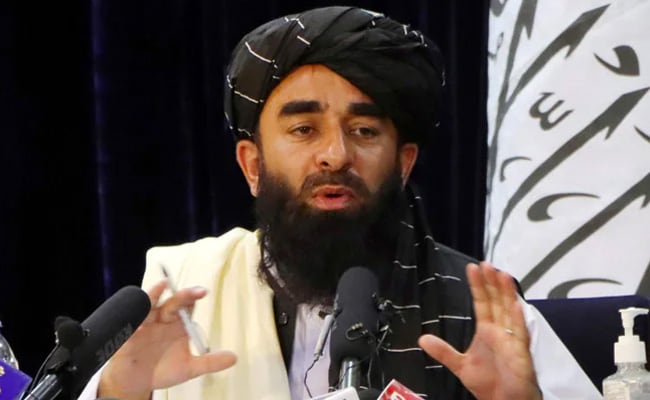 Anas Haqqani, among the members of the Taliban's negotiating team at the Qatar office, is one of the most influential Taliban leaders.

The Haqqani Network is that faction of the Taliban that has been directly getting Pakistan's support and power and is considered an extension of the country's spy service ISI.

With the help of this faction, Pakistan has been maintaining its stronghold on the Taliban.

Sources have even said that Pakistan wants departments and ministries like intelligence and defence to remain with the Haqqani Network once the Taliban forms a government.

Pakistan's attempt to run its agenda in Afghanistan and within the Taliban through the Haqqani faction has not been a secret.

This is the reason why the Haqqani faction of the Taliban wants to advance the talks with India according to their convenience and conditions.

The impact of this division - compounded by geographical and tribal differences - will not make the path of Taliban's talks with India easy.

Given its interests in Afghanistan, India is unlikely to be able to shun the Taliban completely.

Especially when all the powerful countries of the world including the US are talking about cooperation and coordination with the Taliban at present, India cannot walk alone with the flag of opposition to the group.

China has already joined hands with the Taliban. Russia is also seen standing with the group. It is strategically more important that India also does not end its presence in Afghanistan.

The relationship between the Taliban and India, which has always considered the group a terrorist outfit and never recognized its previous government, is not going to be for the benefit of India alone, the Taliban also sees a big advantage in this.