Suhana Khan is in love with New York. The starkid, who is in NYC for her higher studies, often shares pictures from her stay there. Recently, she shared a picture of herself enjoying the view from her New York apartment.

In her earlier post, Suhana gave a tour of her New York apartment. She shared pictures of her apartment in the golden light of the sun. In the latest picture that Suhana posted, she is seen lying sideways on a couch as her back faces the camera. She is seen looking at New York's skyscrapers and clouds that hover over the city. She captioned her post with a cloud emoji.

Suhana takes full advantage of the abundance of natural light in her apartment. Earlier, she shared a sunkissed picture of herself from her New York home. 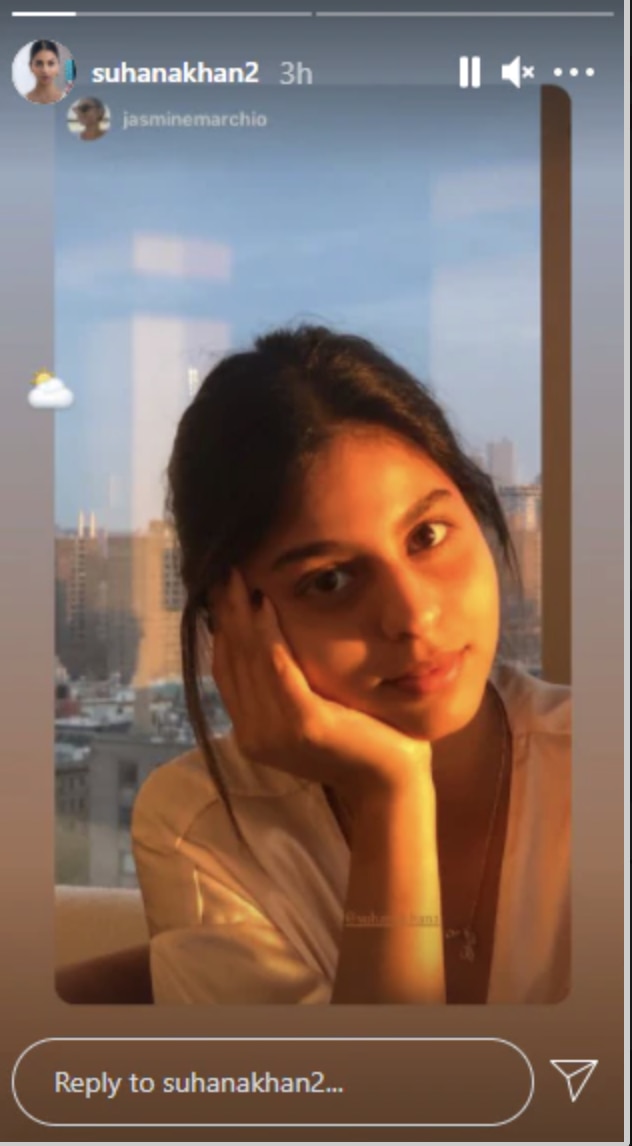 Suhana Khan is the daughter of Shah Rukh Khan and Gauri Khan. The starkid finished her schooling from Dhirubhai Ambani International School in Mumbai and then attended high school at Ardingly College in England. She is currently pursuing a film studies course from the New York University.