Realme’s first laptop Realme Book Slim was introduced a few weeks ago. And now, the brand is gearing up to launch its first tablet Realme Pad in the country. The tablet will be released on September 9. A dedicated microsite on Flipkart has gone live ahead of the launch, which also reveals a few details.

The Realme Pad is a slim tablet measuring 6.9mm in thickness. It has squared off edges similar to the latest Apple tablets and a total of two cameras. The aluminium unibody tablet is said to come in two colour options - Gold and Grey. The Flipkart page confirms that Realme Pad will feature a 10.4-inch WUXGA+ display with 2000x1200 resolution. Other than that, the tablet is tipped to get 6GB RAM, an 8-megapixel rear sensor and a 7100mAh. While that was a brief description of the Realme Pad, we have more details to share with you, so let’s get started.

--The Realme Pad is all set to arrive on September 9. As mentioned before, Realme will be stepping into tablet territory with the Realme Pad. Flipkart has created a landing page for the upcoming launch, which confirms the design and a few other details of the tablet. The tablet will be offered in two colour options - Gold and Grey. 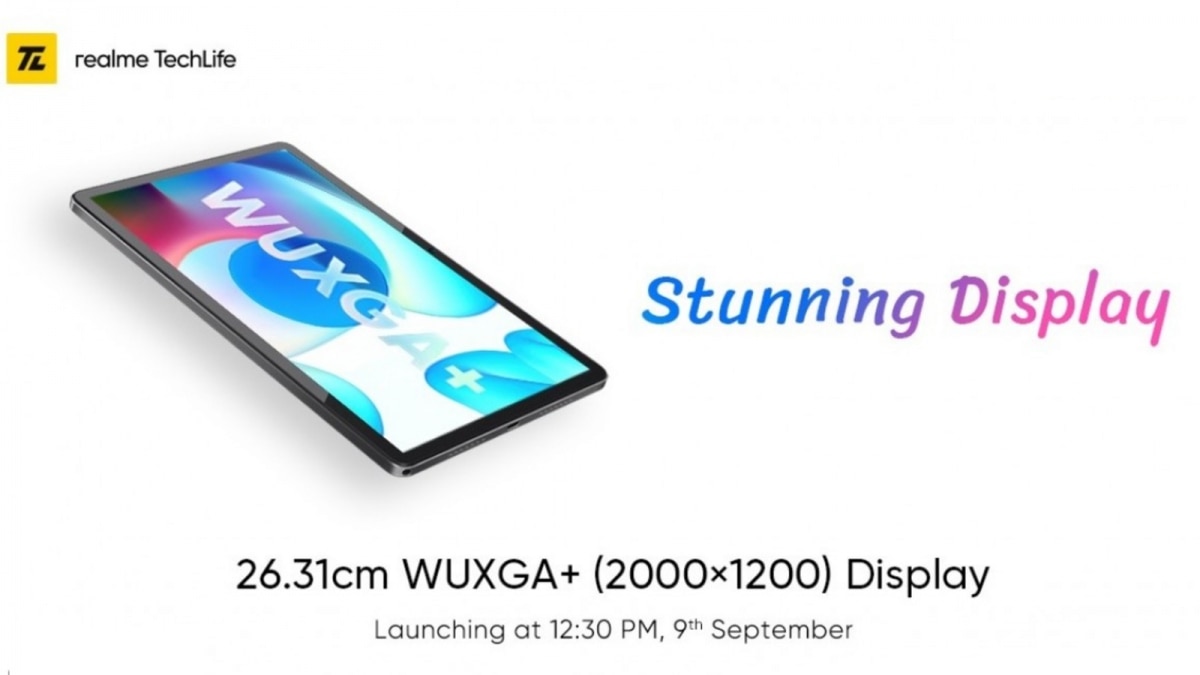 --On the rear, Realme Pad features a circular camera module surrounded by a golden ring. Whereas on the front, it has slightly thick bezels, which also houses the selfie shooter. The bottom of the device has dual speakers, a USB Type-C port and another slot that is likely to hold the stylus. The side closer to the camera module holds the volume rocker and the memory card slot. Finally, the power button and two other speakers are placed on the other end.

--Through a previous leak, we know that Realme Pad measures 246.1x155.8x6.9mm, however taking the camera module into account, the thickness increases to 8.4mm. 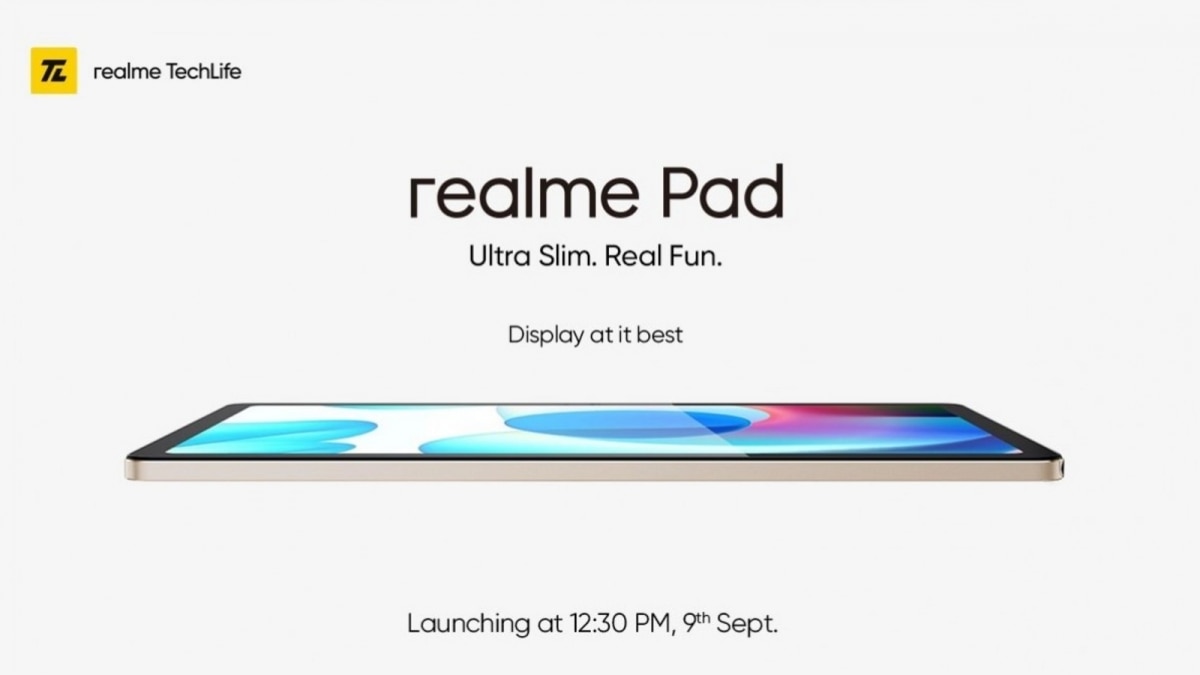 --Realme Pad has been confirmed to get a 10.4-inch WUXGA+ display with 2000x1200 resolution. It could be powered by a MediaTek Helio G80 chipset which is an octa-core chipset clocked at 2GHz. The device may get up to 6GB RAM and 64GB of onboard storage. A big 7100mAh could power this tablet.

--As far as the cameras are concerned, Realme Pad is tipped to get an 8-megapixel front and rear shooter. This will be a 1.36-inch sensor with an f/2.8 aperture, 2.8mm focal length. 65.3-degree Field of View (FoV) and image stabilization. It is also said to be able to capture 3264x2448 resolution images

Realme’s first tablet has been confirmed to launch on September 9 in the country. The price of the tablet is currently unknown, but we can expect it to ship under Rs 20,000 as Realme Pad’s closest possible competitor Samsung Tab A7 starts at Rs 17,999 in India.