In June 2019, IndiaMART InterMESH, backed by Intel Capital, Amadeus and Accion, debuted in the stock market with a listing price of ₹973. On Friday, it rose to almost 10 times that number to ₹9,925 . In the last one year alone, the value has multiplied nearly 4 times.

While celebrating the big milestone, founder Dinesh Agarwal shared that 15% of the shares are held by IndiaMart employees, past and present. So, roughly 600 people today own 15% of IndiaMART which at today’s value, you can imagine, is almost ₹4,000 crore. I think that is a great feeling,” Agarwal told Business Insider. 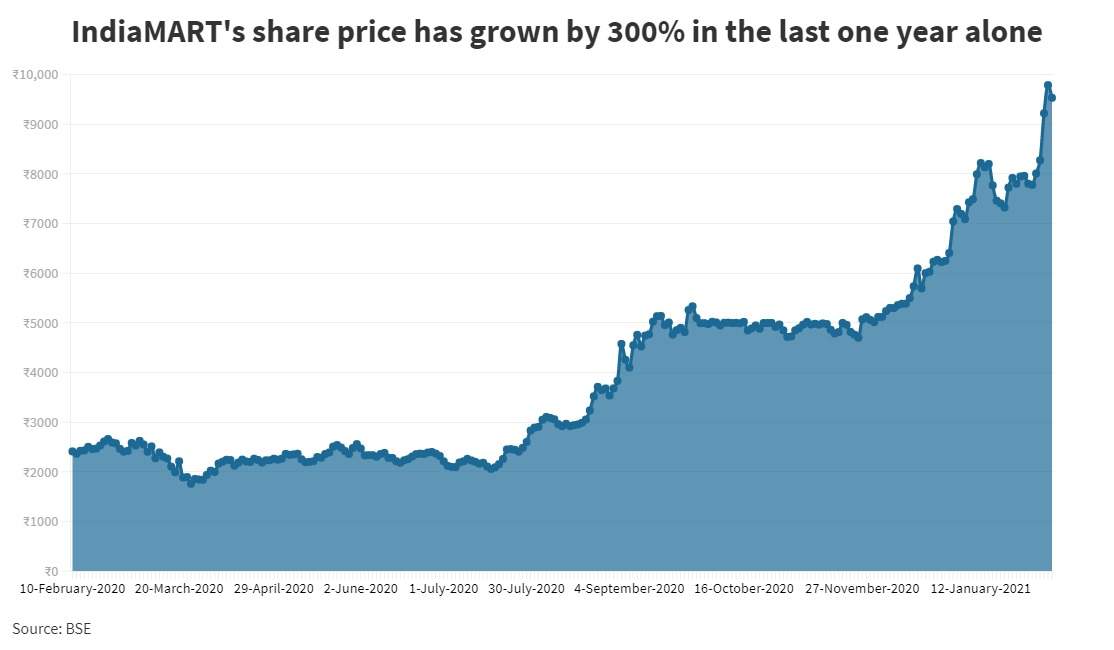 While the stock has gained nearly 10 times since listing, a bulk of that rip-roaring rally came in the last one year.

The stock is up over 27% in the last one month, thanks to the doubling of profit in the latest quarterly earnings. “It is a network-effect business, as many suppliers as we are able to add which are enabling discovery and communication between buyers and sellers. The incremental cost of getting an additional buyer or seller on the platform keeps getting lower,” Agarwal explained.

IndiaMART today has over 119 million registered buyers, and Agarwal claims that more than half of them are repeat buyers. 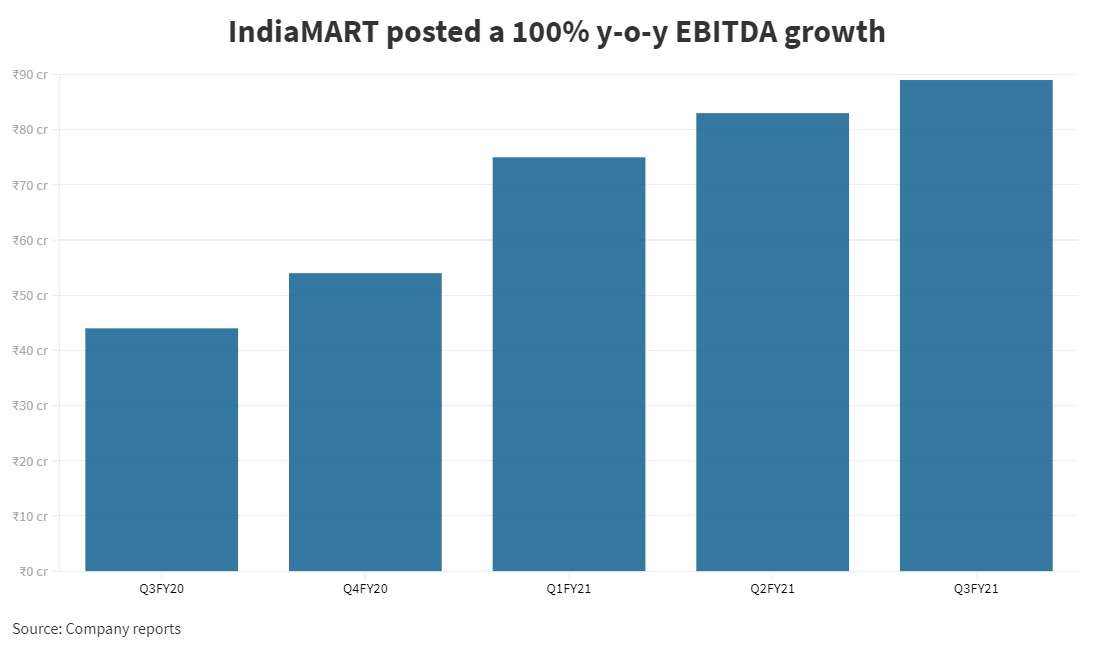 From initially being a search, discovery and matchmaking platform for buyers and sellers, the company has also seen its CRM (Customer Relationship Management tool) and messenger tool becoming dependable and it now calls itself a conversational platform as well.

And there may be unlocking of more value in the near future. The company’s board has approved a proposal to raise ₹1,110 crore. “Once the shareholders approve, the approval is for one year. We will continue to invest in adding more businesses to the platform, along with new tools and features to make it easier for sellers and buyers to discover each other,” he said.

Meanwhile, the promoter’s stake in IndiaMART has fallen marginally in the past year.

While IndiaMART competes with TradeIndia.com, Alibaba India and ExportersIndia.com, it has a new competition from Just Dial’s JD Mart, with whom the Agarwal-led company is already in a legal tussle. IndiaMart had taken JD Mart to court over copyright violations. IndiaMart has alleged that JustDial has copied the website compilations of the company.

While IndiaMART won a temporary injunction against JD Mart, the matter is still pending in court with the next hearing scheduled in April, said Agarwal.