KTM RC fans have much reason to rejoice as the company has now revealed the all new KTM RC 390. The KTM RC 390 has been the staple supersport model in the KTM line up and in India has found many takers. The KTM RC 390 takes on the new TVS Apache RR310 in India which has received an upgrade for 2021 as well. So what’s new about the KTM RC 390? Let’s find out.

The KTM RC now boasts of a Grand Prix-inspired design, a true race-derived chassis, and high-end electronics previously unseen in the small displacement Supersport segment claims KTM. The most immediately obvious update across the board is the Grand Prix-inspired styling, which sees almost every panel being redesigned, boasting race-inspired lines and two new colorways which clearly define the sporty character of these motorcycles. This redesign not only makes the new RC looks more aggressive than before but also optimises aerodynamics for better top end performance. This new design has also optimized wind and weather protection, with enhanced heat management by using a combination of inner and outer body panels to direct airflow away from the rider. At the back, the design has gotten slimmer and also is more aggressive. The reduced rear bodywork also exposes the bolt on rear trellis subframe which is now replaceable in case of an accident. 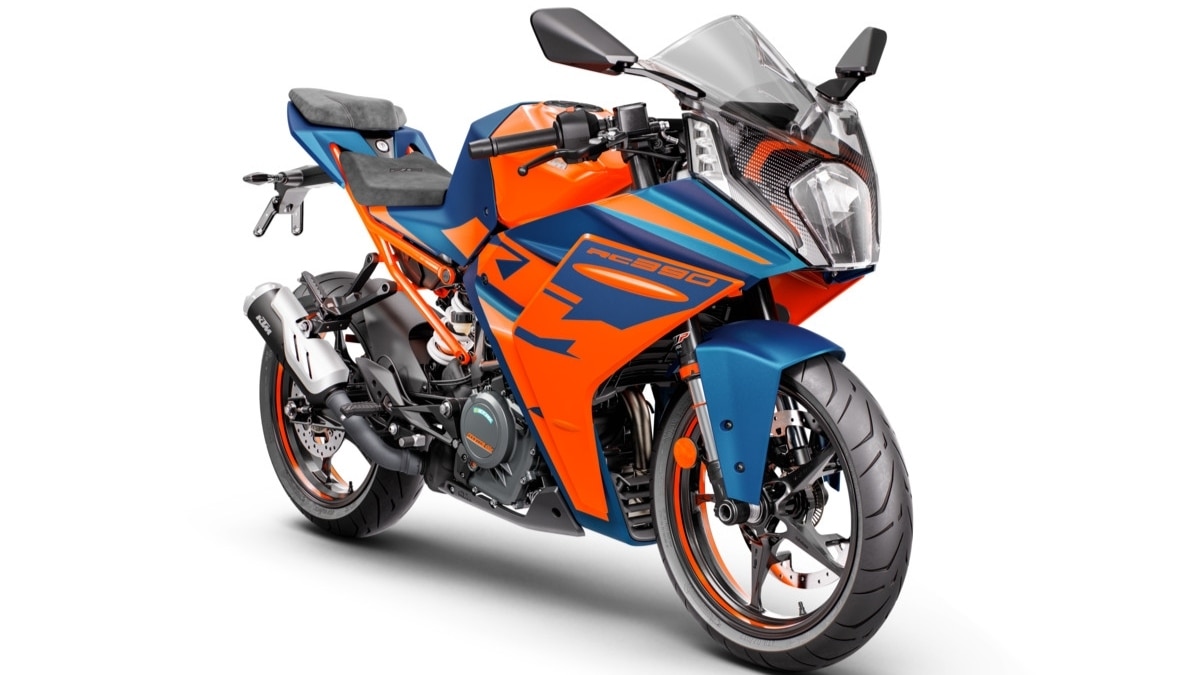 An all-new two-part cockpit and windscreen holder makes use of a cast aluminum upper area and a lower composite part that secures the headlight, while a larger fuel tank has been added for better range. One can also note that the aluminium frame on top also serves as the mounting point for the mirrors. The handlebars are also adjustable and allow the rider to set up the bike as per one’s preference.

The 2022 KTM RC range was developed with a focus on weight saving. An all-new wheel design accounts for a 3.4kg unsprung weight saving over the previous generation, while the new ByBre braking system saves an impressive 960 grams. The frame too, has undergone the knife with a 1.5kg saving. The suspension has also undergone a major refresh, with adjustable open cartridge WP APEX upside-down front forks up front, which feature 30 clicks of compression adjustment on the left, and 30 clicks for rebound on the right. The range topping KTM RC 390 is fitted with a WP APEX rear shock absorber which offers pre-load adjustment and 5 stage rebound settings. KTM MY RIDE can now also be added to the KTM RC 125 and KTM RC 390, thanks to new TFT color display, which allows riders to access important information at a glance, with the added flexibility of being able to tailor the display to show what they want to see. The display also automatically adapts its brightness to ambient light.

The new generation KTM RC range will be available in dealers March 2022 internationally.